Fresh, trendy and dynamic – this year’s CEBIT was a whole new show.

CEBIT visitors have been dwindling in the past few years, so this year, the organisers decided to try their luck with a new concept. CEBIT 2018 really took a leaf out of the South by Southwest® (SXSW®) Conference & Festivals model and the jury is still out on whether it worked.

Held in the middle of sunshine-filled June, the goal of the organisers was to attract more visitors and freshen up the trade fair’s image, as well as reach a new target group of 25 to 35-years-olds: considered to be the “employees and digital decision-makers of the future,” explained CEBIT organiser Oliver Frese.

Everything from Artificial Intelligence through to Digitalisation and Blockchain– the trade show offered a wide range of interesting topics from the IT and Digital sectors. Visionaries, mavericks, experts and creative people from all over the world gathered on the d!talk conference stages to talk about diverse subjects.

After spending the day acquiring a lot of interesting information, visitors could relax at the d!campus outdoors with headline concerts from Mando Diao and Jan Delay, delicious street food and stimulating interactive discussions in a cool atmosphere. The 60-metre-high Ferris wheel that German software giant SAP brought along also made its debut at CEBIT this year. During the day, they used the 40 cabins for meetings and then opened them up to visitors in the evening.

“We have received very positive feedback regarding future viability of our new concept and our courage not only to talk about disruption, but also to tackle it head-on. This enabled us to combine business in the halls with a festival atmosphere at the d!campus right from the start. The new CEBIT brings the concept of digitalisation closer by reducing the distance between technology and society whilst presenting real-life examples,” sums up Frese.

A walk through the exhibition halls past the usual stands of most exhibitors brought back the familiar flair of the “old” CEBIT. Unlike with the outdoor area, inside the halls it seemed like nothing has changed compared to previous years. A journalist from the well-known German periodical Der Spiegel summarised it aptly: “The fair has obviously almost made the transition to a digital festival, but the exhibitors have not managed it yet.”

Around 120,000 IT enthusiasts visited the stands of more than 2,800 exhibitors from 70 countries, with products and innovations from all possible areas related to digitalisation. Although the number of visitors was significantly lower this year, compared to 200.000 from last year, it didn’t necessarily leave a bad impression. There is undoubtedly room for improvement, and the desire to give the slightly run-down trade fair a new breath of life was clear to everyone who took part. With just one or two bits of fine-tuning in the coming years, CEBIT can really achieve new heights.

AMAGNO’s CEO Jens Büscher had already spoken previously regarding the challenge of completely redesigning an event format, and that it would take time and effort:

“It was clear that the concept for the new CEBIT was a “prototype” that needs to be optimized. And we should give it a chance. It represented a risk for everyone and this was very clear when you saw that lots of famous ECM/EIM suppliers only had a minimal presence on some group stands. As a result, the whole CEBIT scene felt a bit fragmented and had no central contact point such as “Hall 3” was in previous years.”

Despite this, Büscher also made concrete suggestions as to how to try and square the circle:

“My proposal for the coming years is to make the aspect of business applications much more prominent in marketing for decision makers. This includes many attractive and well-known speakers in a visually more attractive “d!talk” area of the halls. The “hub conference” used in Berlin could serve as a model here. I would also suggest that providers of topic segments such as CRM, ERP or ECM “pitch” their solutions in fixed time slots one after the other, so that interested parties have a central point of contact where they can briefly orient themselves and, after the pitches, visit the desired providers. The theme pitches thus virtually compensate for the “Hall 3” of previous years and bring in a more modern presentation format.”

Courage, determination and endurance are the best tools to help withstand the challenges created by the rapidly changing digital world. CEBIT organisers should learn from their mistakes and gracefully accept suggestions so that the potential can be fully realized in the upcoming years. 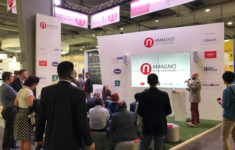 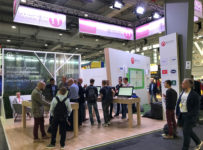 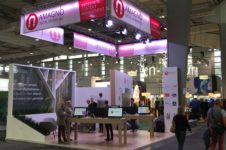 Jana Treptow
Jana loves writing and communication. That's why she is responsible for the editorial contributions and the maintenance of the blog. She is also the contact person for all press issues.