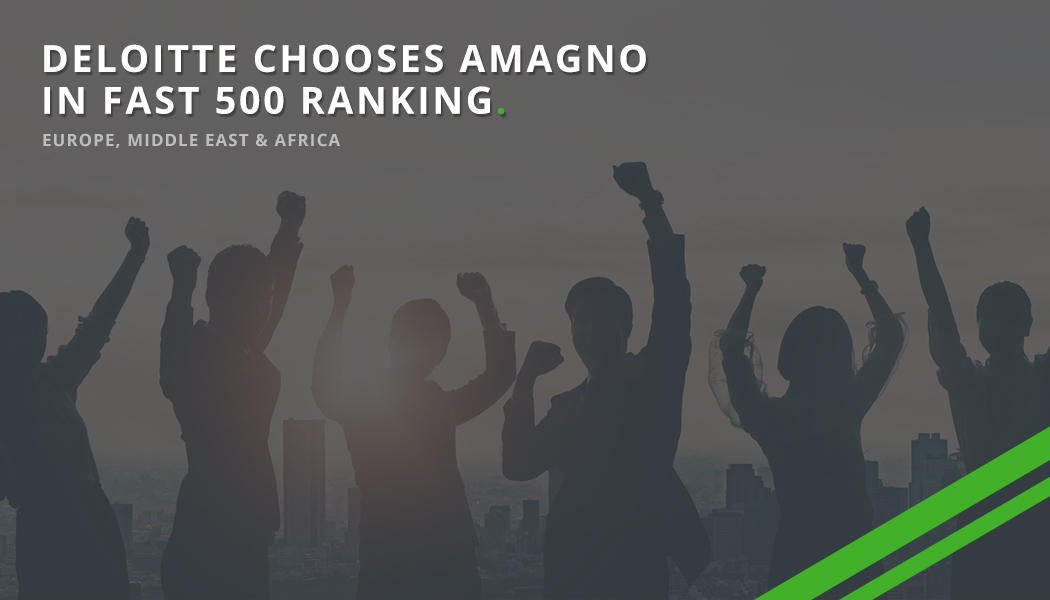 Now it’s official: AMAGNO is one of the fastest growing companies in Europe, the Middle East and Africa (EMEA). This is the result of the recently published Deloitte Global’s Technology Fast 500™ ranking. With 44 other German winners, AMAGNO ranks 277th with a growth rate of 354 percent alongside companies such as shopware, Scribbr, Paysafe, Deliveroo and WalkMe.

“With the continuing evolution in technology, 2018’s rankings show that every industry has a platform to continue to innovate and transform impacting how we communicate and how we do business”, said Paul Sallomi, Head of Deloitte Global Technology, Media, & Telecommunications Industry.

Deloitte is a global leader in auditing, assurance, financial, risk and tax consulting. The Deloitte Global’s Technology Fast 500™ rating is an objective industry ranking that focuses on the technology ecosystem. It recognizes technology companies that have achieved the highest revenue growth rates in Europe, the Middle East and Africa in the last four years. For the 18th time accomplished, this time 18 countries were represented such as Belgium, France, Finland, Tschechien, Great Britain and Germany.

With AMAGNO, we are very pleased to be one of the innovators whose ideas have created products and services that inspire customers and offer them considerable added value in their daily work.

Jana Treptow
Jana is part of the marketing team and is responsible for editorial contributions and blogging.